April 15, 2017
As a regular reader of our blog, you may be able to spot the truth from fiction very easily. If you're not sure or you're surprised by the answer, then you'll want to check out the dedicated blog post for that topic. Ready to test your knowledge? Let's go! 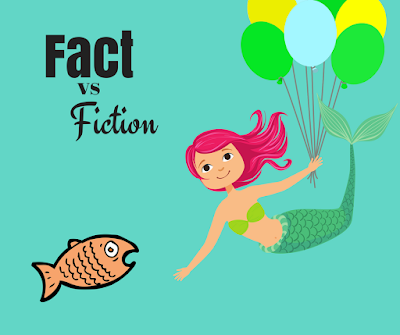 1. Mini-loons can be inflated with helium
Verdict: Mostly false

Many people reasonably believe that all balloons are designed to float. However, this is not the case with mini-loons. If you're unfamiliar with this term, allow me to define it simply. Mini-loons are foil balloons typically seen on sticks and included in flower arrangements. Though some are larger, they're known for ranging between 2" and 16" in size. They're available in several shapes and designs like most balloons. Recently, they've become more popular for the assortment of letters, numbers and words they're available in. Pinterest and Instagram have highlighted these trends and it's not uncommon to see these words placed above the cake table or inside a photo booth. Do not confuse these balloons with the large letters and numbers, which do float. But keep in mind that the smaller versions are seldom designed to float with helium. So why don't the smaller varieties float? In production, a different type of foil is used and it becomes too heavy for the helium to lift the balloon. If the balloon is labeled as "air-filled," it requires air inflation only. Mini-loons have special uses and advantages of their own. For example, if you'd like to hang the balloons from the ceiling or affix them to a wall, you don't need them to float. If your heart is set on seeing them float though, stay away from air-filled balloons.


2. It's okay to inflate balloons a day or two in advance of the party/event.
Verdict: True, depending on the type of balloons

Latex balloons generally have a far shorter float life than foil balloons. A standard 12" latex balloon will only float for 10-12 hours. By the end of that time frame, the balloon will have become dull and smaller. Smaller latex balloons will deflate even sooner and larger ones will float longer. For example, a 36" latex balloon can float up to 2-3 days. Foil balloons of any size, on the other hand, can float up to 2-3 weeks or longer! So the answer to this one is, it depends on the type of balloon you're using and the time of your event.

Related: The Float Life of Balloons


3. Rubber-tipped inflators can be used to inflate both latex and foil balloons.
Verdict: True

And don't let anyone tell you otherwise! We have customers who prefer to use dual inflator attachments, one for foil balloons and one for latex balloons. We even sell these particular inflators in our store. The generic rubber-tipped inflator will inflate both types of balloons though. So if you're looking to save some money, you can definitely get by with the economy inflator. In fact, it's the only kind we use to inflate hundreds of foil and latex balloons for customers year after year.

Related: Not All Valves are Created Equal

Vinyl balloons are popular with car lots and apartment complexes, as well as a few retail storefronts. The helium shortage of 2012-13 and the concurrent rising prices of helium at that time gave rise to the vinyl balloon. They are a popular choice because of the idea that they are less expensive than traditional balloons. And while that may have been true at the time, we did the math. And unless you're an individual who plans to purchase only a few, they are actually more expensive when purchased in large quantities.

"How long will the helium last?" is a common question around here. Helium has no expiration date or timeframe that it must be used by. It does not lose it's capabilities over time, unless contaminated or exposed to another substance, which changes it altogether. In a cylinder, the helium will remain until it is used up. And because there is a finite amount of helium in each cylinder, it depends on your usage that determines how long the helium will last. A large cylinder contains enough helium to inflate approximately 400 12" latex balloons. If you're a commercial account, you might inflate 400 balloons in a week or two, while an individual using helium for private use may take up to a year to empty the cylinder. Using larger balloons will also utilize more helium at a faster pace just as smaller balloons will lengthen your usage time. Of course, there is always the chance that your valve develops a leak, in which case the helium could seep out overnight without any use. To avoid this, always close your valve when you are done inflating.

Related: Helium Valves and Balloon Inflators: Use, Care and Safety