June 15, 2016
It's no secret, in our industry, that helium is used to fill party balloons for decorative purposes. And, as we all know, balloons float as a result of helium being lighter than air. However, most people don't realize where helium comes from or how it's used outside of the party industry.

Helium is formed by decay of radioactive elements and is extracted as a byproduct of natural gas. Many may be aware of the helium shortage from a couple years ago, and it's said another 'shortage' may be around the corner. Luckily, a new helium source was recently discovered and this should help with future supply. Keep in mind that it will take time to allocate the resources and draw up contracts with different helium manufacturers. 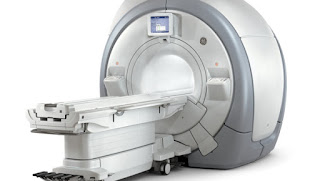 So how is helium used? Well, besides making balloons float, helium is widely used in the medical, meteorological and laser technology sectors, to name a few. MRI machines use helium to cool the superconducting magnets. Meteorological balloons (as well as blimps and airships) are inflated with helium. Hydrogen was once the gas of choice for these types of balloons, but helium is a much safer alternative as it is non-flammable. From laser eye surgery to scanning a barcode, helium is utilized and critical to their functionality.

All of a sudden a floating balloon seems like the least impressive application of helium, right? For more information on helium and its various uses, read this.