December 15, 2015
Balloons come in a variety of shapes and sizes. And for the sake of making a grand gesture, most people like to give and decorate with larger size balloons. It's a valid reason and they do make quite an impression, but 'miniloons' can be just as dramatic and, in some cases, more suitable. 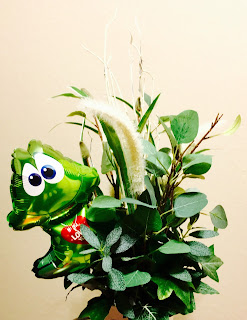 What are 'miniloons'? In short, they're small foil balloons. Their sizes are usually described as 2", 4", 9" or 14", but there are many variations in between. One of the things that sets them apart from other balloons is that they are not intended for use with helium. Instead, they are to be inflated with air or nitrogen. As a result, these balloons will not float. While some may not be particularly fond of this, it does present some other notable advantages.

If you're decorating outside, you may find that larger helium balloons (foil or latex) will move around quite a bit, particularly on windy days. Depending on the placement of the balloon arrangements, this will either create quite a knot involving the balloon ribbons or may even cause balloons to bump into guests! Alternatively, using miniloons in centerpieces will provide maximum stability. 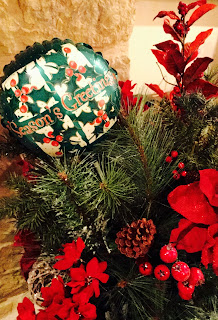 Many banquet halls and clubhouses have strict policies and do not allow balloons loose on the ceiling. So if you're decorating inside a space with high ceilings and know that you would be unable to bring back a rogue balloon if one floats away or if the event hall doesn't allow helium balloons at all, these air-filled balloons would make a great substitute.

Speaking of no-balloon policies, many of you are likely aware that most hospitals no longer allow latex balloons to be delivered to patients' rooms. The cited reason is latex allergies. You can still send a lovely bouquet of foil balloons, but you can also send the smaller variety carefully placed in a flower arrangement or plant. Not only will this comply with most hospital policies, but you can still convey your desired sentiment.

We love helium-filled balloons as much as as anyone, but many people overlook the benefits and unique versatility of the miniloon. As you can see, there may be times when a balloon on a stick is a better option for your particular situation. Keep in mind that unless you have a way of inflating, sealing, and assembling them with a cup and stick, you'll need to purchase them inflated.