Baby, It's Cold Outside!

November 15, 2015
Okay, maybe it's not cold yet, but it's certainly less hot! And on some particularly cool mornings, we'll be seeing an interesting effect on balloons. At the risk of sounding a little too scientific, let's explain. 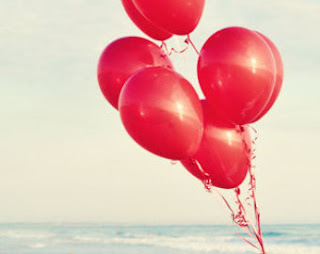 In short, balloons will appear to shrivel up in the cold while they tend to expand in the heat. The reason is due to a density change of the molecules. (We warned you things may get a little scientific!) Cold weather makes the molecules more dense, which causes them to move around more slowly and within a smaller space. Because latex balloons are elastic, they will appear to "shrink" in extreme cold as the latex gives way to the smaller area of movement within. Foil balloons do not have the elasticity latex balloons do, but will appear to shrivel up as the foil around the unused space crinkles upon itself. As you can probably already guess, heat has the opposite effect. In this case, the molecules become less dense and begin to move around more rapidly and within a larger area, which causes the balloon to expand. In some cases, the balloon can expand until it pops. However, in most cases, the changes are only temporary. Once you return the balloons to room temperature, they will expand or contract again to a normal state.

Between the two extremes, heat is the only one that has the potential of popping the balloon. So it's probably the one you'll want to try and avoid. However, unless you've inflated the balloon so that it's already very tight in room temperature, you won't have to worry about the heat too much either. You see, these changes are not necessarily bad, but they do raise a lot of questions from customers who are unaware of this phenomena. Now that you're aware of the reason balloons behave this way, you can differentiate between knowing when balloons are actually defective and deflating prematurely and when they're just temporarily responding to changes in their environment.

There's no way to avoid this completely (and you don't have to), but you can certainly decrease the impact temperature makes on your inflated balloons. To compensate for these "climate changes", try to follow the ground rules below.

1. If you've just bought a bouquet of balloons and you're about to load them into your vehicle, try to make sure the change in temperature will not be extreme. Make use of the AC or heater. It doesn't have to be room temperature in your car too, but the smaller the difference in temperature, the less of an effect there will be.
2. If you're inflating your own balloons and then transporting them, take note of the weather. If it's particularly warm out, don't inflate the balloons too much. Give them a little wiggle room so that when they expand, they won't pop!
3. Decorating outside? Balloons will take a beating in extreme heat or wind! Just know that the float life of the balloon will be adversely affected. Also the sun will fade latex balloons, making the colors less vibrant. For more information on float life, read The Float Life of Helium Balloons.